When it was built in 1938 on a prime bayfront site, San Diego’s historic County Administration Center (CAC) was envisioned as a civic center and waterfront park for county residents and visitors. The iconic CAC building has fulfilled this ideal for 75 years. Its landscape, however, has not: for decades this “jewel on the bay” has been surrounded by parking lots.

But now, SGPA is helping the original vision come to life. This project helps kick off the North Embarcadero Visionary Plan, a set of public infrastructure improvements stretching along the bayfront from Lindbergh Field to Seaport Village. 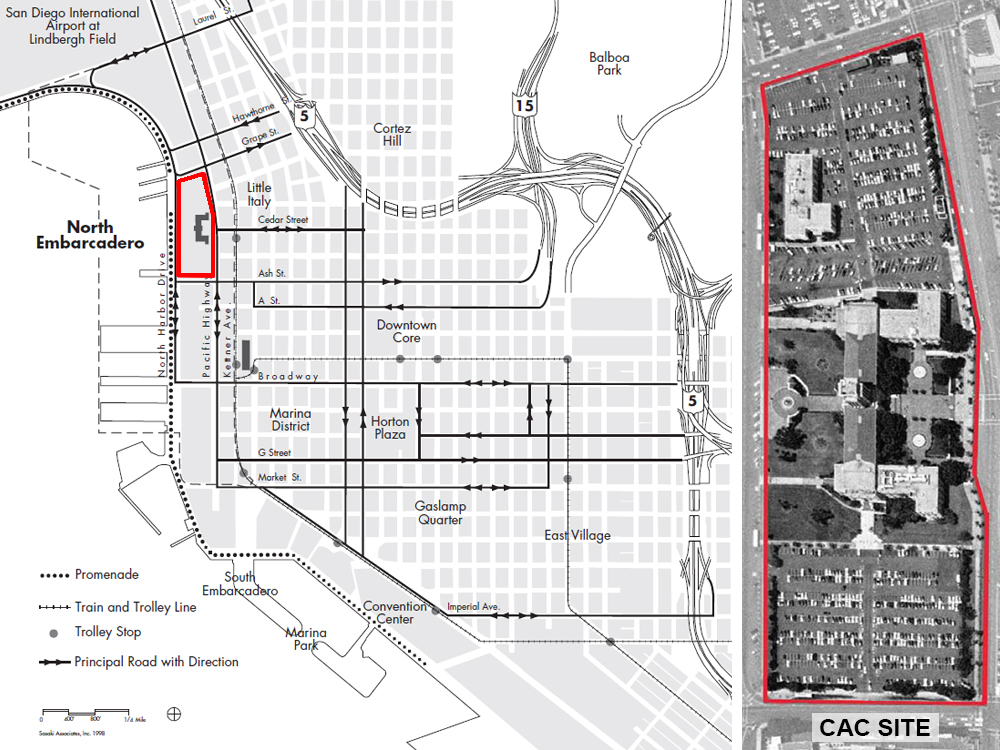 As part of a design-build team with McCarthy, Schmidt Design Group, and International Parking Design, we are currently in the middle of construction of a new 12-acre park with a 250-car underground parking facility, concessions, and restrooms. 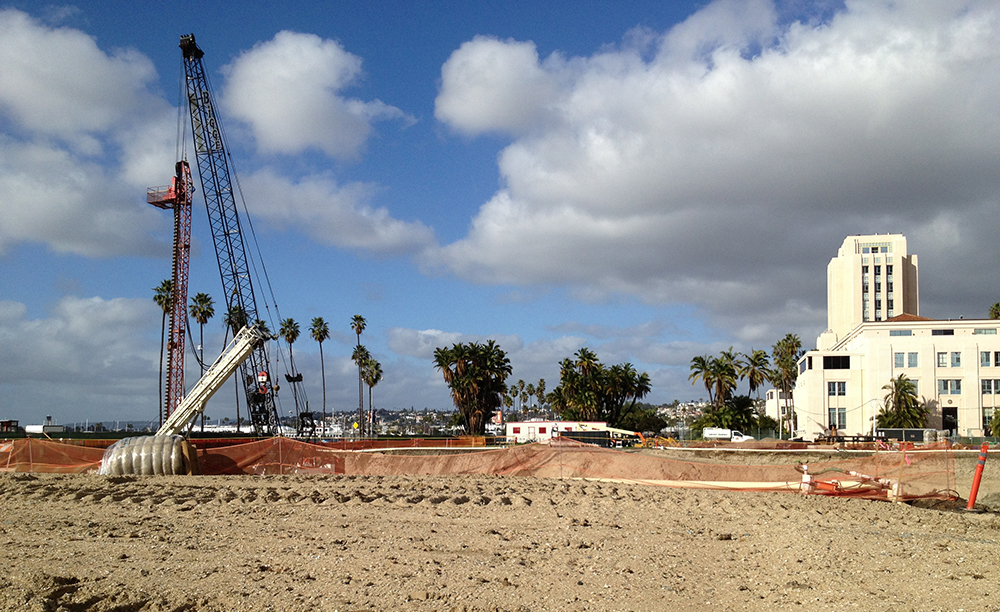 When this $46.5 million project opens in 2014 it will be the most significant open space on the downtown bayfront. This is no small achievement, when San Diego has already been recognized as one of North America’s ten greatest waterfronts by USA Today!

We’re excited to be part of a project that will have such a big impact on our city’s landscape. Thousands of locals and tourists pass this site each day on the bayfront promenade. Cruise ships arrive a few blocks south at Broadway Pier from all around the world. Civil marriage ceremonies are performed daily at the beautiful wedding arbor on its western lawn.

That’s a lot for this new park to live up to. But we think it’s going to surpass expectations through its thoughtful and beautiful design.

Designed to accommodate public events and family recreation, the new park features a long interactive water fountain and expansive lawns. Shallow wide steps on the west edge of the fountain serve as a play area for children who want to frolic in the cascading water.

Behind it, along the eastern edge, is a family park area and specialty gardens. These garden rooms create a feeling of enclosure and intimacy for passive contemplation or organized events.

Our upgrades extend beyond the green space. Hidden under the south end of the park, a below-sea-level parking garage replaces the former surface parking. The front of the CAC building (its west elevation) receives a new terrace that complies with historic preservation standards. A new concession and restroom facility on the south end of the building encourages the public to spend more time at the park. And a new energy-efficient central plant provides mechanical infrastructure for the entire park—electricity, water, cooling towers, and water fountain equipment.

We are proud to be involved with a civic project that will have such a significant impact on the fabric of downtown San Diego. For information on this waterfront park or a civic project of your own, contact our project team, below.